In 2018, the Supreme Court ruled in South Dakota v. Wayfair that states can require businesses to collect sales tax in states where they don’t have a business presence.

This decision overturns a 1992 ruling in Quill Corp. v. North Dakota in which the Supreme Court ruled that a business must have a physical presence in a state for that state to require it to collect sales taxes.

That means that any online business did not have to pay sales tax in states where it did not have nexus. However, the topic of online sales tax is rapidly evolving as new laws emerge with the goal of allowing states to charge sales tax by standardizing laws and rates.

In a 5-4 ruling in the summer of 2018, the Supreme Court ruled against Wayfair and other large online retailers, siding with South Dakota, the state on the other side of the case.

Let’s take a look at what this means for ecommerce sites that utilize online payment solutions.

Note that this article is intended for informational purposes only and does not constitute tax advice. For specific tax help, contact a licensed tax specialist.

A use tax is assessed on untaxed tangible personal property by the state in which a person resides regardless of where the product was purchased.

Essentially, states with sales tax require residents to pay taxes on any products purchased for personal use that were not assessed sales tax by the seller at the time of purchase. Few people actually track and report use tax, and states have found enforcing use tax to be very difficult.

Consumers are responsible for paying use tax on tangible personal property that was not previously assessed sales tax by a business. For example, a person that resides in Louisiana would have to pay use tax to the state of Louisiana for personal products she purchased from an online business based in Arizona.

The 2018 Supreme Court ruling essentially reverses the prevailing guideline of requiring nexus in order to enforce sales tax collection. Now, states can require businesses to collect sales tax when selling online to residents of their state, even if the online retailer has no other business connection to the state.

The implementation of sales tax requirements as a result of the Supreme Court’s ruling may take awhile. CNBC notes that many states would have to pass legislation regarding sales tax collection before they could enforce it.

Is the Supreme Court ruling for online sales tax good or bad?

It depends on who you ask and what their priorities are. Supporters of the ruling (those on South Dakota’s side) argue that not requiring online businesses to collect sales tax gave them a competitive advantage over brick and mortar stores, which are required to collect sales tax. Some states also point to the fact that the lack of sales tax paid on those purchases hurt state revenues. States stand to receive more money from sales tax as a result of this ruling.

Both of these arguments were part of Justice Kennedy’s majority opinion explaining the rationale behind the ruling.

Opponents of the ruling (those on Wayfair’s side) claim that it will hinder innovation for smaller businesses and subject them to a complex maze of tax requirements – a concern expressed by Chief Justice Roberts, speaking for the minority dissent. Others lament the possibility of consumers paying more for products they buy online. (The New York Times reports that many states already require consumers to pay use taxes when purchasing online, but notes that in practice, consumers rarely pay such a tax.)

Chief Justice Roberts also stated that the reasons to overturn precedent are insufficient and argued that this was a matter for Congress.

Prior to the 2018 ruling, some states had passed or were in the process of passing laws that broaden the definition of nexus to include affiliate marketers. Affiliate nexus tax laws (also called “Advertising Tax” or “Amazon Tax”) required businesses to pay sales tax on orders shipped to states where it has an established presence of affiliate marketers.

Affiliate tax nexus laws have been met with fierce opposition from industry groups like the Performance Marketing Association and online retailers like Amazon.com and Overstock.com that have ended affiliate programs in states with affiliate nexus laws such as Connecticut.

The following is a list of states that have current, pending or repealed laws pertaining to affiliate nexus. Quite a few states are in the process of enacting or even repealing such laws, so be sure to check with a tax professional in your state regarding your business’s current tax responsibilities.

The Performance Marketing Association also has a list showing the status of affiliate nexus laws by state.

As noted earlier, the application of sales tax collection requirements may require new state laws. The complexities and inconsistencies in sales tax laws among states have served as a barrier against the implementation of an efficient and enforceable sales tax system for online purchases.

At the time of this article update, the Supreme Court ruling is very new, and many states are still considering how to proceed. We’ll continue to update this article as information becomes available.

In the dissent for South Dakota v. Wayfair, Chief Justice Roberts indicated that this issue is better suited for Congress than the Court.

In fact, there have been proposed laws, including the Marketplace Equity Act, Main Street Fairness Act, and Marketplace Fairness Act, that aimed to require online retailers to collect sales tax in a manner consistent with physical brick and mortar businesses.

This article is not intended as legal or tax advice for businesses or consumers. If you have questions about a specific situation, be sure to contact a licensed attorney or CPA. 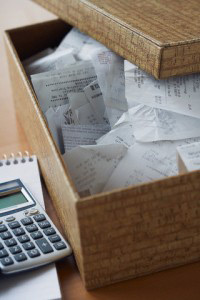