A contract is a good thing because it provides protections for businesses and processors by clearly outlining the responsibilities of each party under a merchant processing agreement.

A contract term is also a good thing. Without a term, a processor would not be obligated to provide processing services for any length of time. Most businesses would find it very disruptive to lose the ability to accept cards without warning.

A fee to cancel a contract before the term expires is a bad thing. Contracts are terms are unavoidable, but avoid early termination fees whenever possible.

For example, CardFellow does not allow processors to charge businesses a fee to cancel a contract regardless of the term, but all processors within CardFellow’s marketplace require businesses to sign a contract that dictates the details of the merchant service agreement.

To learn why, we need to look at the actual meaning of the key phrases “contract”, “term” and “termination fee.”

A contract is an agreement entered into by two or more parties with the intention of creating a legal obligation.

All merchant accounts have contacts (usually referred to as “Merchant Processing Agreement” or “Merchant Services Agreement”) because the contract outlines the responsibilities that the processor and the business have to one another.

A term is the period of time during which all or part of a contract is in effect.

A merchant account contract remains in effect for as long as a business is processing. If a contract term expires, the processor would no longer be obligated to provide credit card processing services for the business.

A termination fee is a charge levied when a party cancels or dissolves a contract prior to the end of the contract term.

The termination fee is the source of the issue, and it is what you want to avoid when entering into a merchant services agreement.

Putting it All Together

A merchant account contract always exists, and it dictates the term of the agreement and the termination fee. For example, which of the following options would you rather have?

The phrase”month-to-month contract” refers to a contract that does not have a termination fee. The term (length) of a contract is inconsequential if there is no penalty to cancel the agreement.

All merchant account contracts will declare the length of the contract term in one of the following three ways.

In very rare cases a merchant account contract term will commence once the agreement becomes effective, and will continue until cancelled by the processor or business. In the case of an open-ended term, the business would have to pay a termination fee (if one exists) regardless of when it cancels the agreement.

An example of how an open-ended term may be worded in a contract is as follows:

“The initial term of this agreement shall commence after it becomes effective, and it shall continue until we or you terminate this Agreement upon written notice to the other.”

An example of the language used for a fixed contract term taken from First Data’s Program Guide is as follows:

“… In the event that Client terminates this Agreement within three (3) years from the date of approval by First Data Merchant Services … Client will be charged a fee for such early termination, if so indicated on the Application…”

What is important to realize here is that the contract term remains in effect even after the first three years. Only the processor’s ability to levy a termination fee expires.

An example of the language used in a merchant account contract for an automatically renewing term is as follows:

The initial term of this contract is three years, and it automatically renews thereafter for another year unless the business cancels the contract ninety days prior to the expiration of the current term.

Termination fees are not created equal, and processors have different motives (some more reputable than others) for charging them.

Why Cancellation Fees Are Charged

Processors charge termination fees for a number of reasons, but the primary function of a termination fee is to guard against losses or to generate profit.

Termination fees also serve as a barrier to attrition (when a business closes it merchant account). A termination fee is one of many tactics that a processor can employ to make it difficult for its clients to switch to a competitor.

A flat termination fee remains the same regardless of when you terminate your contract.

Liquidated Damages — Based on Lost Profit

Some processors, such as Pivotal Payments base the termination fee on lost profits rather than a flat dollar amount. For example, if a processor is making $150 a month from a business’s merchant account, and the business cancels the account ten months prior to the end of the term, the business would have to pay a termination fee of $1,500.

For example: Here’s language used in a merchant account contract for a termination fee that is based on lost profit taken from Pivotal Payments’ agreement:

“Merchant shall pay … damages (“Damages”) representing the greater of: (a) five hundred (500) dollars; or (b) the amount determined by computing the number of months remaining in the Agreement, and multiplying that number by the average monthly fees paid by Merchant.”

Your lawyer is the best place to get advice about getting out of a merchant account contract without termination fees.

Merchant account contracts are like any other in that the degree to which they can be enforced depends on a number of variables pertaining to your individual situation. Your lawyer will be able to examine your processor’s contract to determine whether the termination fee is enforceable.

State and local laws impact merchant account contracts. Check the laws in your state regarding early termination and cancellation fees. 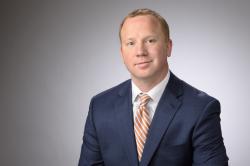 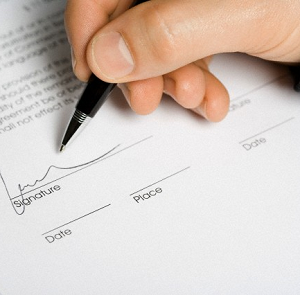