Bitcoin is booming, and other companies want to capitalize on the cryptocurrency’s appeal. One such company is Square Cash, which recently began allowing certain customers to buy and sell the alternative currency.

Jack Dorsey, the founder of Twitter, is also the founder of Square Cash and serves as CEO of both companies. It was on Twitter that these customers announced the existence of the new feature, bringing it to public attention. Bitcoin prices soared after the Square Cash project came to light. For the year, Bitcoin is up an astonishing 750 percent this year, with a Bitcoin’s value around $8k as of the time of this writing. So what does that have to do with Square? Let’s take a look at the Square Cash / Bitcoin connection.

What is Square Cash?

Buying and Selling, Not Paying, with Bitcoin

The bitcoin options in Square Cash allow users to buy and sell bitcoin itself. The decision to permit select clients to buy and sell Bitcoin via its app resulted from customer demand, according to a Square Cash representative. In a statement, the company said, “We believe cryptocurrency can greatly impact the ability of individuals to participate in the global financial system, and we’re excited to learn more here.”

There is a major caveat, however. While Square Cash’s pilot program does allow these select few to buy and sell Bitcoin, it does not permit them to pay for purchases or accept payments with the cryptocurrency. There are other payment apps that do accept Bitcoin for these purposes.

While some businesses feel that taking bitcoin is too complex for their customers or doubt that there is enough demand, other businesses have begun implementing bitcoin acceptance for goods and services, and some credit card processing companies now help facilitate the transactions.

Read more in our article Taking Bitcoin – Is It Right for Your Business?

Is Bitcoin the currency of the future? Its adherents certainly think so. Some consider it an investment much like stocks or bonds or an alternative to the dollar and Euro. Others suspect Bitcoin is a bubble waiting to burst, and a currency that will never find acceptance from financial institutions and governments. Count Warren Buffett in the doubter’s camp. The Oracle of Omaha has said, “You can’t value Bitcoin, because it’s not a value-producing asset.” He calls it a bubble. Jamie Dimon, J.P. Morgan CEO, has called Bitcoin a “fraud” and its investors “stupid,” but the company plans to introduce Bitcoin futures trading.

Credit Suisse raised its price target for Square Cash shares after the Bitcoin introduction, with the company’s analyst stating, “We estimate that if Square can accumulate 10m bitcoin buyers over two years … this could drive an incremental $30m in revenue.” That assessment is based on an average Bitcoin purchase of $200 per transaction and a 1.5 percent transaction fee. Square Cash’s CFO, Sarah Friar, told CNBC that her company is experimenting with Bitcoin, “to see if it’s real.”

Bitcoin has struggled to gain widespread acceptance among less tech-savvy consumers, and continues to be a source of confusion. Additionally, a splintering in summer of 2017 led to Bitcoin Cash, further confusing some consumers about the role of bitcoin and how it would be used in everyday transactions.

Cryptocurrencies on the Rise

While Bitcoin was one of the original cryptocurrencies and still remains the best known, it now has lots of competition. There are approximately 2,000 other cryptocurrencies now available, a number that is expected to rise.

Square Cash’s decision to allow buying and selling via its app helps bring tech industry legitimacy to Bitcoin. Millennials are more likely to use Square Cash, and this demographic is more likely to pursue Bitcoin transactions. However, most sophisticated investors are leaving Bitcoin alone, for now.

Whether bitcoin will gain widespread acceptance remains to be seen.

Taking Bitcoin – Does it Make Sense For Your Business? 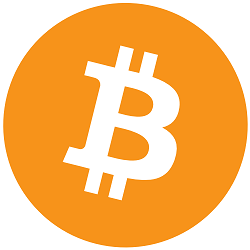