Payment processing company Square has built a reputation on offering simple, flat-rate credit card processing for small business. The well-publicized 2.75% rate was a good deal for businesses with small average transactions or low monthly credit card sales, but the company no longer offers that rate.

Additionally, the company is now offering equipment leases, a practice that we generally advise against here at CardFellow. Read on to see what these Square fees mean, and what the leasing is all about.

“Per-transaction fee” refers to the non-percentage part of a processing rate, usually quoted in cents.

In early 2019, we noticed that new businesses with average tickets under $10 reported that when they signed up with Square through a quote request, Square quoted 2.75% plus a per-transaction fee. One business states that Square quoted 15 cents. To verify, I requested a quote for taking credit cards with an average sale under $10, but sometimes higher. Square quoted me 2.75% + 10 cents.

In early autumn of 2019, Square began notifying existing customers that they would be migrated from 2.75% pricing to 2.6% + 10 cents. Additionally, the 2.75% pricing has been removed from Square’s website and is no longer an option.

In September of 2019, businesses started mentioning that they had been notified their pricing would change on November 1st, 2019. These businesses stated that they would now receive a per-transaction fee, with some businesses saying they were told 5 cents and others 10 cents.

Square confirmed this pricing change. Going forward, 2.75% flat rate is not an option.

The fact that different businesses were quoted different rates is not something that Square publicizes. The company has always pushed its flat rate and not mentioned any possibility of a per-transaction fee for using a different sign up method.

Square appears to be trying to maintain its reputation as a simple, flat-rate processor. As such, there is no mention of the per-transaction fee on its website at this time.

I scoured the legal documents available on the site, and none specifically reference the per-transaction fee. Since the new Square fee only applies to some businesses, it appears that they have simply chosen to omit it from their pricing disclosures.

Why Does Square Charge This Fee?

The reason given for the per-transaction fee is that it covers the costs of premium support and account management. No further details are available as to what the “premium support” entails.

On a speculative level, it’s possible that Square is plugging a hole in its pricing model.

The per-transaction fee appears to only be charged to businesses with an average sale under $10. In many cases, for sales under $10, Square actually loses money if it only charges 2.75%. This is exactly what happened when Square processed transactions for Starbucks. Because of the wholesale cost (Square’s cost) to process transactions, the 2.75% didn’t cover expenses and Square lost millions. It appears that Square is testing a possible remedy to the problem of losing money on small transactions.

That particular money leak may also be a problem given that Square went public last year, and now has shareholders to answer to.

Will the Per-Transaction Fee Apply to Current Customers?

Yes. Square began notifying customers in autumn of 2019 that they will soon be switched to new pricing with a per-transaction fee.

Another apparently new development is that Square has partnered with POS Portal to lease equipment like cash registers, the Square POS stand, and receipt printers. Leases depend on credit-worthiness, with contracts starting at 24 months. While the monthly pricing for a 24-month contract is similar to the costs to buy outright, a contract any longer would make the equipment much more expensive than purchasing. It’s for that reason that we usually advise against leasing. Note that it is not required that you lease equipment through POS Portal. You still have the option to purchase Square equipment and accessories outright.

The Square fee significantly limits the benefits for businesses with small average sales. That said, in some cases it may still be the lowest cost.

However, almost every processor these days has a smartphone card reader. Here are some options to consider:

Clover Go – The Clover Go is available from processors that use the First Data platform. If you go directly through First Data, pricing is listed at 2.69% + 5 cents per transaction. Pricing may vary if you choose a different processor, and could be more or less depending on your business.

TSYS MobilePASS – Available from processors that use the TSYS platform, the MobilePASS option is a basic smartphone reader that connects through your device’s headphone jack. Pricing will be set by the processor you choose.

There are many other readers that work with a variety of processors, including ePN, RoamPay, SwipeSimple, and USAePay. Proprietary solutions like FreshBooks Mobile are also available.

If you’re looking for processing with a mobile device and want to make sure you’re getting a good deal, use our quote comparison tool to easily see pricing. View options.

Related Article
Mobile Showdown: PayPal Here Vs. Square 2019
Square Capital: Is it Right for Your Business?
Square: Process for Free, Just Like Starbucks
FOUND THIS USEFUL? SHARE THIS! 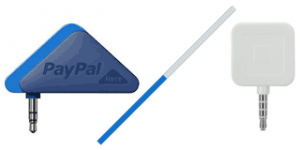 Square Capital: Is it Right for Your Business? 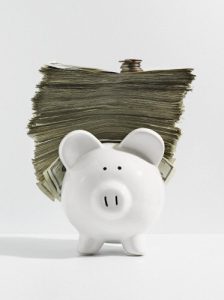