You can have Square subsidize your credit card processing fees, just like Starbucks did. It’s just a matter of using Square’s overly simplified pricing to your advantage.

Update: September 2019 – Square has done away with it’s 2.75% flat rate pricing. Square charges transaction fees, effectively negating the pricing advantage described in this article. We’re leaving it here for historical record, but note that in many cases it may not be less expensive to use Square for small ticket transactions anymore.

Businesses with a lower average sale amount that swipe most or all transactions can learn a lot from Square’s $30 million loss in its deal with Starbucks. Square lost its shirt in the deal because it was paying a portion of Starbucks’ credit card processing fees. Here’s what happened.

Square’s previous 2.75% fee to its customers has to cover these costs in order to break even. If it doesn’t, Square has to pay the difference out of pocket.

Unfortunately for Square, this is often the case for businesses with a low average sale amount.

See if Square Will Pay Your Processing Fees

I’ll show you what I mean.

Square’s cost to process a debit card issued by a large bank is 0.16% of the total sale price plus a transaction fee of $0.2355.

While “only” losing about 11 cents per transaction doesn’t seem like much, Starbucks can attest to the fact that it doesn’t take many transactions to add up. Think about it – under this scenario, Square will pay $106 of your processing fees for every 1,000 $5 transactions you process.

Be careful, though. Square’s model isn’t totally flawed. Its 2.75% rate begins to generate a pretty profit around the $10 mark for businesses that don’t know any better than to pay it.

Sorry, but Square won’t pay everyone’s processing fees. Someone has to help it cover its $30 million dollar loss, and businesses with a higher average sale that mistake simple pricing for competitive pricing will pay the most.

Square’s break-even point on the debit example used above is a transaction amount of $9.09. Its profit increases from there.

In fact, a transaction amount of $10 is pretty much Square’s magic number across most transactions involving a consumer debit or consumer reward card. Under $10 and Square pays a portion of your fees. Over $10 and you’re paying Square.

Transactions that involve a signature rewards or commercial credit card leave Square in the red a little higher up the scale – around a $20 transaction until it breaks even.

I know. Figuring all this stuff out takes experience and an understanding of interchange and assessments, which isn’t something you probably want to dive into. You can make things easier on yourself by using CardFellow’s free quote comparison tool to compare pricing for processors.

If You Miss the Free Boat

If you’re business’s average sale is less than $10, then by all means, let Square subsidize your processing.

But your business’s average sale is greater than $10, then there are significantly more competitive options available than Square, and finding them is really easy with a free CardFellow profile.

You just need to know what to look for, and how fees work. I know. Credit card processing fees are a real drag, and trying to learn about them without getting barked at by pushy salesperson is near impossible, but this credit card processing guide will clear things up quickly. 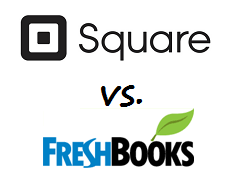