Beyond is a payment processing company founded in 2017 by Robert O. Carr, the founder of Heartland Payment Systems. The company is very young, but looks to follow a similar model as Heartland – touting a commitment to transparency. At the time of this writing, Beyond is not a registered ISO (reseller.) Additionally, the company’s website offers very little in the way of details about its services, pricing, and equipment. We’ve contacted Beyond for more information, but until then, here’s what we do know.

Beyond lets you accept all payment types, including newer technologies, and offers next day funding. Other than that, the company doesn’t offer a lot of details on what equipment is available, pricing, or any other details. We’ve reached out to Beyond for more information.

In the Beyond’s Promises section of its website, the company references passing the costs of card brand fees to its clients without markup. This indicates that Beyond is using an interchange plus pricing model, the most transparent option. Heartland was also typically known for utilizing interchange plus and for touting transparency in its pricing and billing, so it’s not surprising to see Beyond follow suit.

The most comprehensive section of Beyond’s website focuses on its “promises” to customers. The company lays out 10 of these promises, primarily relating to costs for its services. 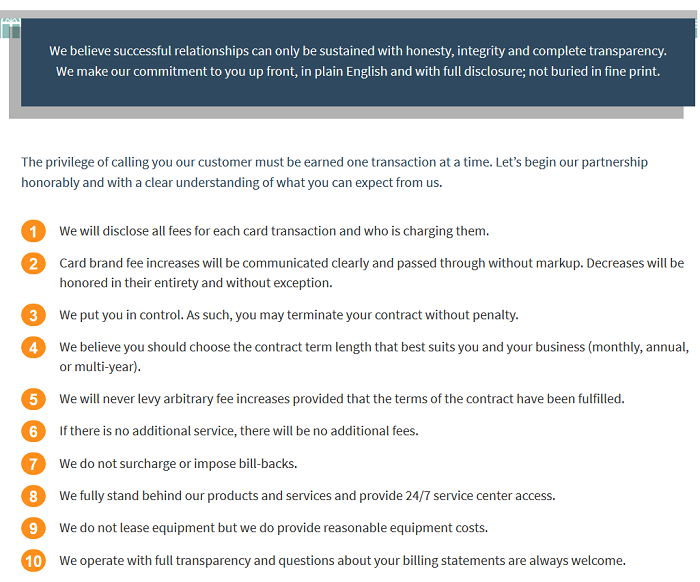 The company states that it will disclose fees (and by whom the fees are charged), will communicate fee increases clearly, will not imposed a termination fee, allow you to choose your contract length, not impose “arbitrary” fees, not surcharge or use bill-back pricing, and not lease equipment. Additionally, the company reiterates its commitment to transparency and states that it provides 24/7 customer service.

Beyond believes in contributing to the community, and partners with founder Carr’s non-profit organization Give Something Back. The organization offers scholarships to low-income students and mentors recipients to help them graduate.

Beyond Reviews and Social Media

As Beyond is such a new company, there are almost no reviews to be found online. The company’s official Facebook page does have three 5-star reviews. Two of the reviews include text commentary, however it doesn’t appear that either review is from existing clients. Rather, the reviews express happiness that founder Bob Carr is back in the payments industry (after selling Heartland) and that they’re looking forward to seeing the new company’s path. 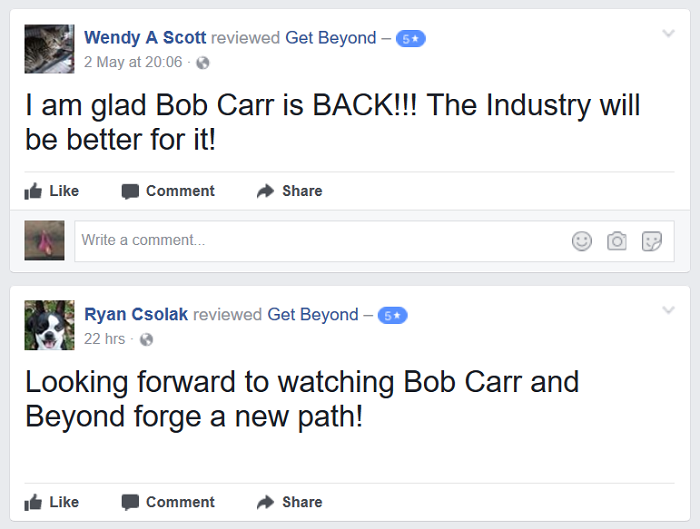 In July 2018, the Securities and Exchange Commission charged Robert O. Carr, 73, founder and ex-CEO of Heartland Payment Systems and founder of the payment processing company Beyond, with insider trading relating to a impending merger announcement. His romantic partner, Katherine M. Hanratty, 65, was also charged in the scheme. The SEC alleges that Carr provided Hanratty with confidential information regarding a possible acquisition of Heartland Payment Systems by another Global Payments Inc., another payment processing company. The SEC alleges Carr boasted to his children and their spouses about the coming merger, and gave Hanratty a press release draft announcing it.

Carr allegedly gave Hanratty $1 million to open a brokerage account and use the bulk of the money to purchase Heartland stock just a few weeks before the merger announcement. Hanratty allegedly purchased 11,000 shares of Heartland, and when the price rose after the merger announcement, the SEC claims she asked Carr what when she should sell. She sold the entire amount in one day at a personal profit of $250,628 in April, 2016.

Carr’s attorney, Michael McGovern, said in a statement that Global Payments withheld information that would show his client did not act illegally. The attorney also said that Carr gave Hanratty the money from a planned stock sale and he had received authorization for his transactions, according to Bloomberg News.

The SEC's complaint charges the couple with violating Section 10(b) of the Securities Exchange Act of 1934 and Rule 10b-5 thereunder. The complaint seeks “disgorgement of ill-gotten gains,” along with prejudgment interest, penalties, and injunctive relief – all civil money penalties. Addititionally, it seeks to prevent Carr from serving in a role as an officer or director of any company tht reports to the SEC. The SEC seeks a jury trial.

According to the SEC, Carr and Hanratty have been a couple since 2011, and she repeatedly “expressed concern about her financial security.” A November 2015 email from Hanratty to Carr, allegedly after Carr had given her the information about the merger and given her the money to interest, states, “For the first time ever I feel a sense of relief knowing that I have some security.”

In May, Heartland filed a breach of contract suit against Carr for “allegedly passing material, nonpublic information about the Global Payments sale to Ms. Hanratty,” according to the Wall Street Journal.

I've been with Beyond since June 2017. I have gotten incredible service from the local guy who set me up and every time I call I get a competent person quickly (RARE). Whether I have a server forget to post tips or an abnormally large charge, I've been taken care of really well. Statements are easy to read, being charged exactly what I was promised. Doing payroll too - same story - good group.

Beyond is a very new company and doesn't have a lot of info available yet, but so far displays a commitment to transparency.