If you accept credit cards at your business and have spent any time researching processors, you’ve probably come across sales gimmicks offering cash if the processor can’t beat your current rates. You know the one: “If we can’t lower your rates, we’ll give you $500 and a free unicorn!”

Okay, the offer doesn’t usually include a unicorn, but it might as well for all the good it does you if you’re trying to secure competitive pricing. Credit card processors that offer cash if they can’t “beat” or match your current processing rates will use a variety of tactics to get your business, and manipulate pricing so that they rarely have to pay out the cash, even though they may not offer processing that saves you any money. Even worse, if you’re not careful, you could end up with more expensive rates than the ones you already had.

What happens is that a processor promises that if they can’t match or lower your rates, they’ll give you money, usually $500. They’ll lure you in with the reassurance that you don’t have to accept their quote, and remind you that in the worst case scenario, you’ll end up $500 richer.

What they don’t tell you is that they use methods to make the deal worthwhile for them, not for you, and can even “lower your rates” without saving you any money on processing.  The true worst case scenario is that you don’t lower your actual costs at all, or secure lower rates temporarily only to see your costs skyrocket when your new processor changes your pricing. It’s a tactic to catch your attention with the goal of converting you to a paying customer by offering low pricing to get you to sign up, and increasing it after a period of time.

Have you noticed that the $500 offer usually includes an asterisk at the end? Be sure to check out that fine print. This is where you can see how difficult it can be to actually meet the requirements to get the cash.

How does the processor make their pricing seem lower?

There are a few common ways that processors can manipulate quotes and pricing to seem lower than your current rates. One method is by using tiered pricing, where a low rate is quoted but your transactions rarely qualify for that rate. Another method involves temporarily undercutting current rates to get you to sign up, and then raising them later.

One way that processors can appear to lower your rates is by using “tiered” or “bundled” pricing. Tiered pricing allows the processor to quote you a very low rate for one type of transaction, usually very specific debit card transactions. However, all your other transactions will be charged at much higher rates, meaning that you’ll ultimately pay the same or even more than your current rates. To the processor, it doesn’t matter if none of your transactions qualify for the lowest rate. If they offer you that rate, it counts as “lowering your rates” as far as the cash offer goes.

You’ll start to see expensive “non-qualified” rates on your statements, as in the example below.

Undercutting, But Jacking Up Rates Later

This is why the fine print also requires that you send the processor statements with your current rates. Sending statements allows them to find out what your current markup over the interchange and assessment is, and undercut it. Sounds great, right? But what if you weren’t getting a good rate to begin with? By seeing your statements first, the processor doesn’t need to commit to a fair, competitive rate. They just need to commit to charging less than the other guy temporarily.

Another problem is that there’s no guarantee that they’ll keep your pricing at a low rate. Some of the fine print will specify that pricing is locked for a year or until interchange rates change. However, it’s important to note that interchange rates can change as often as twice a year, so your new pricing might last 6 months or less before you’re right back to high rates and fees.

If you already have a competitive processing solution, there won’t be much room for a new processor to undercut your current rates. Many of the offers include a clause about “matching” your current rates, so that even if the processor can’t lower them, they still won’t have to pay you the $500. Remember that there’s more to “matching” a rate than just offering the same percentage markup. Is your new processor offering a tiered model, and the “matched” rate is a rate your transactions won’t qualify for? If that’s the case, you could end up paying more, despite having the “same” rate.

How do I find out if my rates are competitive?

If you’re truly interested in determining whether you can save money on processing, we suggest getting an independent third-party evaluation, such as signing up at CardFellow. The average business saves up to 40% on credit card processing when using processors through our marketplace. You can sign up for free and see quotes from processors instantly.

There’s no charge to sign up with CardFellow or to choose a quote from a processor in our marketplace. Our service is completely free for businesses.

Whether you sign up for CardFellow or research processors yourself, remember that cash offers are designed to help the processor get customers, not to help you get competitive pricing. 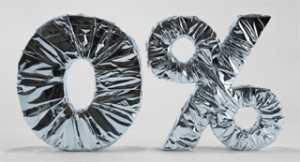 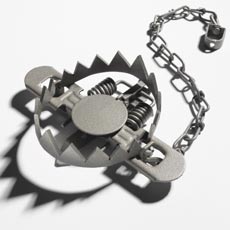 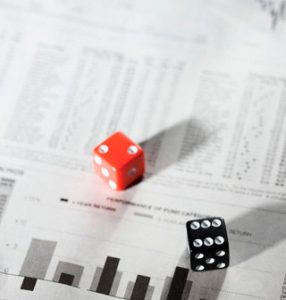