It’s that simple. The article below will provide plenty of reasons why you shouldn’t lease a credit card machine, and this settlement involving a large leasing company is further proof.

Thankfully, the practice of leasing credit card machines has been declining over recent years, but some processors just can’t seem to let the cash cow go. Leasing processing equipment is a big money maker, and processors with questionable business practices will ride the gravy train to the end of the tracks.

A recent experience we had here at CardFellow will give you an idea of just how much money a processor can make by leasing a credit card machine.

We recently helped a dental office that was paying $45 a month over four years for a PIN pad that they could have purchased for $90. They’re paying $2,160 for piece of equipment worth $90. The processor is making a profit of $2,070!

We would have loved to post the name of the processor, but the dental office asked us not to. Please post a comment below to let us know if you’re stuck in a lease. We’re more than happy to give processors willing to lease equipment some negative press.

Save yourself the money and avoided leasing.

Benefits of a Lease (According to Processors that Lease Equipment)

The term beneficial lease is an oxymoron when referring to processing equipment. Regardless, let’s look at the benefits of leasing as provided by processors that lease equipment.

Well, this is certainly true. A lease does not typically require an initial investment. Instead, it drains your bank account over a period of two to four years. Consider borrowing $200 for a friend or relative if this is your main motivation for leasing a machine.

They’re right again. Leases do typically have fixed monthly payments. Of course, a single fixed payment of $200-$300 is a lot more financially attractive than 48 payments of $50.

This selling point is always a headliner when it comes to leasing. After all, technology is moving so quickly that you’re terminal will be obsolete in a year or two. Right? Wrong. Modern terminals will be valid for quite some time. Even if you have to purchase a new terminal every five years, you’re still paying much less than you would have if you went the leasing route.

Of course they are, but so is the cost to purchase a terminal. This one is laughable.

“It’s Not the Agent, It’s the Processor”

This is a lame excuse. The organization selling bankcard services, whether a direct processor or an ISO, has the ultimate say in what is and isn’t an acceptable practice. Some two-bit agent using their processor as an excuse to lease equipment is one you should throw out of your store or office.

Agents and ISOs earn (a lot) of commission by leasing equipment, and any willing to do so is simply looking to pad their profits.

Look at First Data Global Leasing, for example. First Data has thousands of ISO and agents, and their leasing program is available to any that want to use it. However, many prefer not be associate with gouging their customers on equipment costs. Imagine that?

Getting Out of a Credit Card Machine Lease

The best thing to do if you’re stuck in a lease is to read your agreement carefully to determine how much notice you have to give to cancel your agreement. Once you figure out the date, set a reminder so you don’t miss it.

And forget about buying your equipment at the end of the lease. Most leases have a fair market value clause that would make you pay more than the terminal is worth. Not to mention that processors usually sell equipment at or near cost with a new credit card processing account.

Many credit card machines such as those made by Verifone, Hypercom. and Nurit are universal and can be reprogrammed to work with different processors. If you have a universal machine, you can ditch your current processor, continue paying on your lease, and use the machine with your new processor. While you’ll still have the equipment lease, you may be able to save on your processing costs, so it’s better than nothing.

A piece by NBC Connecticut highlights how some small businesses have to deal with lawsuits as a result of their leases.

The article (and lawsuits) are about deals between Lease Finance Group and its parent company Northern Leasing Systems. NBC reports that as many as 33,000 lawsuits were filed by Northern Leasing Systems in New York state, with another 4,000 by Lease Finance Group. The article also points out that to defend the lawsuits, businesses would be required to travel to New York, resulting instead in many people settling.

If you are in a contract for an equipment lease and get threatened with a lawsuit, always contact a legal professional to fully understand your options. 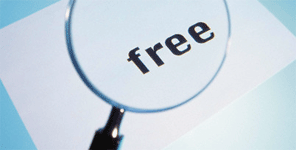