Called “platform” or “marketplace” payment processing, this special type of merchant account enables you to securely accept payments when you run a marketplace instead of a direct-to-consumer business. In this article, we’ll take a look at a couple major players: Wepay and Stripe Connect. This article assumes that you already have a basic familiarity with […]

If you’re looking to accept credit and debit payments from one client on behalf of another client, you’ll need specialty credit card processing.

That depends on whether the client is paying an invoice or paying a retainer for use to bill against future charges. When the payment from a client is a retainer, that is where IOLTA comes into play. Lawyers have IOLTA or trust accounts at banks that are separate and distinct from the law firm’s operating […]

Interest on Lawyers Trust Accounts (IOLTA) refers to a specific program with requirements for lawyers that receive funds belonging to clients. So how does it work when your law firm receives client payments by credit card?

CBD products that make “unsubstantiated” health claims, in particular, may have fewer options when it comes to credit card processing. Let’s take a look at finding a CBD merchant account for your business. How is CBD different than marijuana? Is CBD legal? CBD vs. Marijuana According to the DEA Problems for CBD Sellers What are […]

If you sell CBD oils, waters, creams, or edibles, you know that it’s not the same as selling marijuana or marijuana edibles. But that doesn’t mean you won’t run into difficulties finding a credit card processor.

That doesn’t mean that you can’t get a good solution for your business, it just means you’ll need to be aware of restrictions on high risk, as well as what to look for when evaluating processors. In this article, we’ll cover how to find the right solution if you need credit card processing for bail […]

Businesses that offer bail bonds are considered a “high-risk” industry when it comes to credit card processing.

Rosy is cloud-based software, meaning you won’t install it locally on a computer. Instead, you’ll be able to access your information from almost any device. You can use it both for service-based functions, like booking appointments, and retail functions like selling products in the salon. Rosy offers this video introduction about the features of the […]

The flagship offering from SalonRunner, Rosy software offers a suite of tools for salon businesses.

One piece of software that’s designed to help you get the most out of your jewelry business is The Edge, a point of sale (POS) app designed specifically for jewelry retailers. In this review, we’ll explore exactly how The Edge can help your jewelry business, including its main features, functions, and benefits. The Edge is […]

There are few products in life that provide more luxury, status, or celebration than a beautiful piece of jewelry. Since ancient times, precious metals and gems have been crafted into items designed to catch the eye. If you’re involved in jewelry retail, you know how important it is to provide the products, services, and ambiance that jewelry buyers demand.

The legal marijuana industry is incredibly lucrative, but customers have little choice but to pay cash for their weed. That’s because while recreational marijuana is now available for sale through dispensaries in three states – Colorado, Oregon, Washington – as well as the District of Columbia, it’s not legal on the federal level. In fact, the federal government lists it as a Schedule I drug, considered as dangerous as heroin. 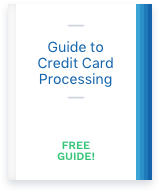