Interchange-plus: You can still get gouged!

Years ago I worked for someone that loved the saying, “We pose the greatest risk to ourselves when we know just enough to be dangerous.”

At this very moment you know just enough to be dangerous. I highly suggest (and I know my previous employer would agree) that you keep reading.

The Flawed Definition of Interchange-Plus

I’m going to take a bit of a different approach for this article. I’ll provide the generally accepted definition of interchange-plus below, and then I’m going to proceed to tell you why this definition is in many ways flawed.

Interchange-plus is a credit card processing pricing model whereby a processor passes the costs of interchange and assessments to a business separate from its markup.

This definition is adequate if credit card processing companies followed the rules. But as you and I know, that’s often not the case. As with anything, the devil is in the details.

The problem with this definition is that it’s too broad. You may know enough to ask a processor for a quote based on interchange-plus pricing, but do you really know what it looks like if you get it? Would you be able spot a hidden volume markup at interchange over volume, or a tenth of a penny over on assessments?

No, probably not. That’s why it’s way easier and more effective for you to use CardFellow’s free service to secure competitive processing once and for all – in five minutes. But if you insist on going it alone, you should read the following points very carefully. They outline just a few of the ways that processors sneak charges into “interchange-plus” pricing.

Concealing a Markup on Interchange

With interchange-plus, a processor should pass the costs of interchange and assessments to a business separate from its markup. That’s what the definition says. But there’s nothing that says a processor can’t tack a little extra onto the actual cost of interchange, which we see more often than you’d think.

I recently helped a business that signed up here at CardFellow. The business received several instant quotes that are quite literally as competitive as credit card processing gets, but they didn’t select a winner. So I reached out to learn why.

What I found is that they thought they were already paying “interchange-plus” 0.02%. They thought that although they were close, none of the quotes offered through CardFellow were less than their current pricing. Quotes offered through CardFellow are significantly more competitive than a business’s current processor 99% of the time, so I asked this company to send a statement to me for review. I wanted to see this 0.02% markup for myself.

Sure enough, I received a statement showing a flat 0.02% charge on volume, which is highlighted below.

However, upon further examination, I found that a hidden markup of another 0.30% was being added to interchange. This business thought they’re paying 0.02% when in fact the total markup is actually 0.32%. As I’ll show you, 0.30% is being concealed in interchange.

Suffice to say, the hidden 0.30% markup was present on all remaining interchange categories on the statement as well. This business received quotes through CardFellow that would have lowered its processing fees, but it never chose an offer because it thought it was paying 10 times less than it actually is.

This next tactic is downright shameless, and the example I’ll use comes courtesy of Wells Fargo Merchant Services.

The statement snippet below was provided by a business that did select a processor through CardFellow and is currently enjoying a significant reduction is processing fees. As you can see, the statement shows a “SALES DISCOUNT” of 0.0174, which is 1.74%.

Many people would look at this fee and assume it’s a tiered rate through some sort of bundled pricing model. In fact, that’s what I thought at first glance. However, upon closer examination of the statement I realized that Wells Fargo was using interchange-plus, not tiered pricing, and including a volume markup of 1.74%. To put it another way, Wells Fargo was pocketing 1.74% of this business’s gross sales volume as their markup and passing it off as the discount rate.

Interchange-plus has no rule that forbids a processor from creating its own fees that aren’t part of the actual cost of interchange and assessments. In fact, the language in merchant service contracts allows processors to raise existing fees and add new ones whenever they’d like. I’ve even see some agreements with blank fields that allow the sales person to make up fees on the spot.

The statement snippet below shows a 0.35% fee called “INTERCHANGE CLEARING FEE.” This fee is not part of interchange or assessments. It was simply added by Wells Fargo as a surcharge on what Wells Fargo considers higher risk transactions.

The fee looks official, but it’s just a markup. Would you have been able to spot this interchange-plus loophole?

Interchange-plus dictates that a processor passes the components of processing cost to your business separately. But there’s no rule that says it must also pass refunds to your business.

The pocketing of interchange credits by processors is a significant and lesser-known hidden cost of interchange-plus and credit card processing in general.

Each time a business issues a refund, the issuing bank sends a percentage of the original interchange fees back to the acquiring bank. And the refund is substantial. For example, Visa and MasterCard’s retail credit/refund rate is 1.76%, and card-not-present rates are even higher.

Unless you selected a processor through CardFellow, where we require that the refund be passed to our clients, your processor is probably keeping it. It’s still interchange-plus pricing, you’re just missing 1.73% or more of your gross refund volume annually.

If you’re a business that accepts returns and regularly processes refunds, you could be leaving a lot of money on the table with a processor that doesn’t pass along interchange credits.

What’s your time worth?

We’ve created a marketplace at CardFellow where processors place best-pricing-first quotes that must abide by our terms. We are experts at credit card processing, and we leverage our expertise to ensure our clients pay as little as possible for processing – for life.

The more you learn about credit card processing, the better we look. Eventually, you’ll learn enough to see that you will achieve better results in five minutes using CardFellow than you will ever be able to achieve on your own after wasting weeks or months. 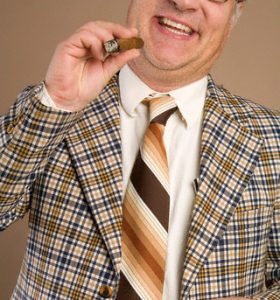 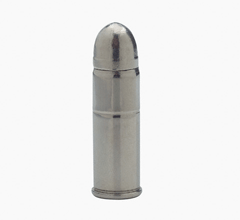