In this article, I’ll explain the benefits and limitations of interchange plus to help you avoid overpriced merchant accounts.

Interchange Plus is a Pricing Model, Not a Guarantee

How is interchange plus different from other pricing models?

An interchange plus pricing model means that interchange (the costs to issuing banks), assessments (the costs to the card brands), and markup (processor’s profit) are separated. While it can make your statement look more complex, it’s a far more transparent method of charging than other models like flat rate and tiered pricing.

Since every transaction is comprised of those three pieces of cost (interchange, assessments, and markup) the main difference in a statement is whether or not you see those charges. With a flat rate model, you’ll simply be charged one rate, like 2.9% + 30 cents. With tiered pricing, you may see a long complicated list of charges or a short list, but you’ll also have unexplained “non-qualified” charges that cost more for some transactions.

A true interchange plus model is more transparent in that all of the charges are disclosed. That makes it harder for processors to sneak in extra fees, but it’s still possible unless you know what to look for.

Related Article: What is tiered pricing?

What Interchange Plus Doesn’t Do

To understand why interchange plus isn’t a silver bullet by itself, it’s important to understand what the pricing model doesn’t offer. It does not dictate base cost for interchange or assessments and does not require correct labeling of interchange. This opens the door for processors to pad your base fees unless you know what to look for, or enlist the help of CardFellow.

Most business people don’t have a solid grasp of what interchange is, let alone know the true cost of the rates and fees for various categories. It’s been my experience in working with countless businesses that we help at CardFellow that businesses that simply see the word “interchange” printed on a statement assume that the processor is using interchange plus pricing. As I’ll outline in the examples below, this is another very expensive misconception.

This superficial knowledge of a pricing model, but not the actual pricing on which the model is based, allows processors to quite easily pad margins by overcharging for expenses associated with interchange and assessments.

Assessments are various charges imposed by Visa, MasterCard, and Discover. Assessments are considered a base component of cost because they are the same for all processors. Processors pass the cost of assessments to businesses either explicitly, such as with interchange plus, or obscured, such as with bundled or tiered pricing.

As interchange plus gets more exposure and use, it has become more common for processors to overcharge for assessments, as I will outline in the following example.

There are two charges in each row within the red brackets. The first charge is 0.95, which is actually 0.95%, and the second charge is either $0.195 or $0.10. The column to the far right shows the total fee charged by Commerce Payment Systems for each row. The total charge for all five rows is $293.38.

The table below shows the actual rate and fee for of each of the assessments shown in the statement above. The same sales volume and number of transactions was used to calculate Commerce Payment Systems’ actual cost for assessments, which is shown in the far right-hand column.

As you can see, the actual total cost of the five assessments on this statement is only $18.68. Commerce Payment Systems overcharged this business $274.70 on assessments all while billing via interchange plus.

This business was paying almost five times its expected markup through overcharges on assessments.

Another tactic that is gaining a lot of traction among processors is the mislabeling of interchange. What happens is that a processor labels line items “interchange” when in fact it’s not. Interchange is a specific set of categories available on Visa and Mastercards’ websites. Anything other than those interchange categories is not truly interchange. Let’s take a look at some examples.

The first example comes courtesy of Intuit, a processor and the maker of QuickBooks software. Intuit is well known to CardFellow for its opaque billing and excessive surcharging that we’ve explained in our article about Intuit credit card processing.

Ironically, Intuit recently released a new statement format that it claims is more transparent. The snippet below is taken from one such statement. As you can see, Intuit labels its various rate categories as “InterchangeTierRate” followed by the terms “Qual,” “MidQual,” or “NonQual.”

To someone with limited knowledge of credit card processing, it’s reasonable to assume that these rates and the resulting charges are due to interchange, and that interchange plus pricing is being used.

In fact, the rates on this statement have very little to do with interchange at all, and the pricing method being used is an expensive, aggressive tiered model. It’s about as far from interchange plus as it gets.

The word “interchange” is used on this statement to reference a routing pattern used by Intuit in its qualification matrix for this business. This article about non-qualified rates explains what’s happening in more detail.

The next example is from a business that was processing with Wells Fargo and thought it was paying interchange plus a markup of 0.10%. Upon examination of this business’s statement, we noticed the following line item:

There’s no such thing as an “interchange clearing fee.” This charge is simply another markup from the processor, but the business never noticed it because the word “interchange” was in the name.

Instead of paying 0.10% as expected, the business was actually being charged 0.60% because of crafty labeling on the part of Wells Fargo.

CardFellow protects its clients through a legal agreement and lifetime monitoring that requires processors to pass the base components of cost to our clients at actual cost, but this protection isn’t available outside of our marketplace.

If you’re shopping for processors on your own, it’s not enough to request a certain pricing model. For the benefits of interchange plus to be realized, a person must also ensure that the base components of cost are being assessed correctly, transparently, and without additional markup.

I’ve used the following two points from this article to describe what you need for competitive interchange plus pricing:

These two points are accurate, but as we went over in this article, many processors have adapted interchange plus pricing to circumvent some of its inherent benefits, thereby creating specific types of pricing models that all fall under the general category “interchange plus” but aren’t the competitive or transparent solution you want.

A key part of the bullet points above is the markup applied to interchange fees published by Visa, Mastercard, and Discover. For the best pricing, you’ll want a low markup that is applied to the actual published costs of interchange and assessments.

Interchange plus by itself is not enough to ensure a competitive processing solution, and comparing processors based on an interchange plus rate is a recipe for an expensive disaster. You must ensure that interchange and assessments are being passed correctly and at cost, as we guarantee with certified quotes placed by processors though CardFellow.

Then, you must ensure that things remain consistent over time and that the processor doesn’t begin to raise components of cost on their own.

Regardless of how much credit card processor reviews rave about interchange plus, it does not guarantee competitive pricing. There’s a lot to know, and the devil is in the details. To truly compare processors you must have an understanding of the whole picture, and you must know what to look for.

If you need help comparing processors and pricing, try CardFellow’s free cost comparison service and then give us a call.  Try it now! 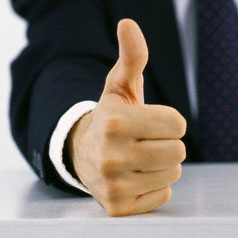 Interchange-plus: You can still get gouged! 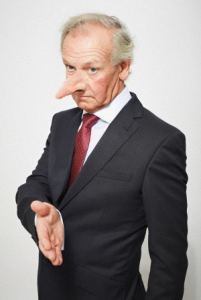