Every so often a client will ask us, “How does [processor’s name] quote compare to the quotes I’ve received from processors through CardFellow?” I’ll elaborate throughout this article, but the short answer is: it doesn’t.

How do we know that the quotes offered through CardFellow are more competitive than anywhere else? Because we’ve stacked the deck in your favor. We require interchange-plus pricing. We don’t allow cancellation fees. The rules we set for processors in our marketplace specifically benefit businesses. All of our processors are required to fully disclose their pricing, ensuring transparency and honesty. CardFellow does a lot of due diligence to support you, our client before, during, and after you choose a processor’s quote through our marketplace.

We know that businesses may consider quotes from outside of CardFellow along with those they receive through CardFellow, and that’s fine. Just make sure you’re truly comparing apples to apples. We make this easy with our website by providing an option to invite any processor you want to place a quote for you. Remember, it’s not just about “rates” – you’ll need to know what you’re paying over cost to get an accurate picture.

What if my current rates are more competitive?

Usually, businesses that think their current processor’s rates are more competitive than the quotes they receive through CardFellow are mistaken. Processors are able to manipulate rates, fees, and other variables to make their pricing appear attractive, but when the business receives their statement, they’re actually paying significantly more, in some cases without even realizing it.

If you’ve created a free profile to get instant quotes at CardFellow and think your current rates are more competitive, we’ll do a free statement analysis for you. If your quotes through CardFellow are lower, we’ll show you how much lower and explain how we determined it. However, if your current pricing is lower, we’ll always tell you that, too. We won’t suggest switching if it doesn’t make sense for your business.

How do processors manipulate quotes and rates so much? The most common ways include:

Charges under a bill back system are difficult to reconcile and can make pricing appear lower than it is. With bill back, your processor charges you one low rate for all transactions regardless of the type. However, at the end of the month, the processor will determine which transactions qualified for the low rate, and charge you an additional amount for all transactions they decide that they want to bill at a higher rate. You end up paying the difference between the rate you’ve already paid, and the rate the processor decides you should have been charged. However, this sum doesn’t appear until the following month’s bill, or later, making it appear that your only charges for the month were the low rate applied to all transactions.

Daily discounting is another way processors can make your pricing appear lower than it is. With daily discount, businesses are charged for processing each day in addition to paying fees at the end of the month. Billing statements often only list the end-of-month processing charges, making it appear that your processing rates are lower than they actually are. To see your true cost for processing, you’d need to add up all of the daily charges and combine it with the additional end of month charges.

A common way that some businesses overpay for processing comes from processors that use bundled pricing, also known as tiered pricing. With “tiered” or “bundled” pricing, processors can easily manipulate rates to offer lower quotes than what you’ll end up paying. Essentially, the processor groups or “bundles” types of transactions into different categories, and quotes you the rate for the lowest category. However, since not all of your transactions will fall into the lowest rate category, you could end up paying significantly more. In some cases, almost none of a business’s transactions qualify for the lowest group, causing rates that are many times higher the quoted rate. Additionally, processors can change which transactions qualify for the lowest rates at any time, leaving you vulnerable to unpredictable shifts in processing costs.

Note that inviting a processor to quote through CardFellow does not lock that processor into CardFellow’s rules. Only certified quotes from processors that have signed a contract with CardFellow are eligible for lifetime rate locks, periodic statement monitoring, and other protections from CardFellow.

It may be tempting to simply stick with your existing processor if they say they’ll match a quote you received from the CardFellow marketplace, but this strategy could continue to cost you more. What makes you think a processor that has been gouging you will suddenly agree to give you fair pricing? Without CardFellow’s lifetime rate lock, there’s no guarantee your processor won’t just wait a couple months and then raise your rates again. Don’t reward your current processor for gouging your business by allowing them to temporarily match more competitive pricing.

Additionally, it’s unlikely that you’re current processor is actually matching pricing. But even if they do, will you know if and when your processor increases your pricing again? Constantly monitoring your credit card processor to ensure your processor doesn’t rip you off is a headache you can easily avoid by working with CardFellow. We’ll monitor your account for you, so that you can focus on the things that matter.

CardFellow is completely free and 100% transparent. Sign up today to compare processors and see how much you could be saving.

Credit Card Processing: How it Works 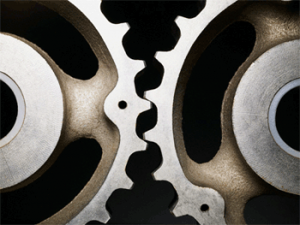 Credit Card Processor Ratings: Why CardFellow Doesn’t Do It 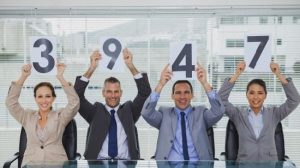