It’s a common situation – you’re considering a new credit card processor, maybe browsing a website or talking to a salesperson, when you’re offered a savings analysis. Perhaps you get a cold email from a processing rep. The website text or salesperson says that it’s free and will show you how much you can save by switching.

There’s just one problem. If you don’t know what you need to compare, it’s easy to be misled.

What is a savings analysis?

A savings analysis is a document that a sales rep or processing expert prepares to show the difference between your current processing costs and the costs quoted by another company. Analyses can be accurate to the penny or use “fuzzy math” to make savings appear greater than the reality.

Most often, these analyses are provided by the sales reps of a new company you’re considering. That doesn’t automatically mean that they will show you skewed information, but keep in mind that they have an incentive to present you with a document that shows big savings. After all, they want you to switch to their service.

You can also get an analysis from independent experts, like CardFellow. These analyses are not conducted by a processor. When possible, consider independent analyses for an unbiased look at your current processing solution.

There’s no standard format for a savings analysis, which makes it impossible to give specific details on how to read it. In most cases, the processor will display savings as a dollar amount and sometimes a percentage. It’s up to you to ask questions and push back on anything that seems too good to be true.

The processor will likely show you differences in their rates and your current rates. One thing to keep an eye on is the pricing models of the two options.

Look out for “qualified” rates – that’s a tiered pricing model and a good indication that the analysis and your actual pricing are likely to vary.

When we do savings analyses here at CardFellow, we present a summary first and then the supporting detail. The most important thing to compare is the processor’s markups. The lower the markup, the lower your total processing cost will be. We’ll show you your current markup and the markup from the new processor.

At CardFellow, we want to make sure you understand your options. When we do a savings analysis, we’ll go over it with you in detail, answering any questions you have and teaching you how to properly evaluate the savings so you don’t get burned by processors.

There are a few different ways that processors can manipulate analyses to make your savings appear greater than reality. We covered some of the ways quite thoroughly in our article Debunking a Misleading Credit Card Processing Quote, which is worth a read. However, in general, the manipulation you’ll see could include:

If you’re not familiar with interchange, you can read more about it in this article on interchange fees. For the purposes of understanding savings analysis manipulations, its not necessary to have in-depth knowledge of interchange. What you need to know is that there are hundreds of interchange categories, each with a different rate. Different categories apply to different transactions, but the processor doesn’t control when they apply. For that reason, multiple interchange rates will appear on your statement in any given month, but those interchange rates are the same no matter which processor you use.

However, some processors won’t use your real interchange mix when constructing an analysis. Instead, they will include only low cost interchange categories, ignoring the higher cost ones. But when it comes time to take cards, you will inevitably have some higher cost interchange categories as well. Since the processor didn’t include them, it makes your costs look artificially lower in the savings analysis than they will be when you’re actually accepting cards.

This type of underestimating interchange is common, whether done intentionally or because the rep conducting the analysis doesn’t understand enough about interchange. Depending on how the analysis is structured and your specific interchange mix, it can pad the savings a lot.

A Note on Square, Stripe, and Flat Rate Processors

If you’re using Square, Stripe, or another flat rate processor, the closest you can get to a savings analysis is an educated guess from an expert that has access to average interchange mix data for your industry. Be careful of processors claiming to give you exact savings amounts if you’re on flat rate processing.

Note that it doesn’t mean you shouldn’t switch from flat rate – it just means that savings analyses will be more of an educated guess than they would be with other types of statements.

Another way that processors can manipulate savings analyses is by quoting “tiered” pricing. Also called “bundled” pricing, this model uses varying rates that the processor controls. Processors will often create three tiers (called “qualified,” “mid-qualified,” and “non-qualified”) but they can use more or fewer at their discretion. What happens is that the processor will decide which of your transactions it will charge at which rate, meaning they get to decide which of your transactions receive the “qualified” rate and which receive the “non-qualified” rate. The “qualified” rate is typically the lowest cost.

One of the easiest ways that a processor may manipulate a savings analysis is to simply lowball their markup. We see this happen all the time when processors “match” rates. The processor will quote a very low markup without specifying how long those rates will be in effect, then immediately raise them. Alternately, they may only show you the “rates” and not include other markup fees that you’ll incur.

You may be thinking, “But if a processor promises big savings and my rates go up instead, I’ll be angry and the processor will lose a customer. Why would they do that?” Simple. They think you’ll stick around long enough to make it worth their while. Many processors use contracts with hefty cancellation fees. They know that once you sign that contract, you’re either sticking with them until the term (usually three years) is up, or that you’ll have to pay to get out of it.

Unfortunately, it’s all too common that processors promise big savings and instead the business’s rates stay the same, or even increase.

Your options are limited by your contract with the new processor. Is there a cancellation fee? If so, determine if paying the fee to get out of the contract is worth it. (If you’re significantly overpaying, it could be.)

But longer term, stop chasing savings and instead find a solution that you can keep over time. Merchant accounts with lifetime rate locks are ideal for this. It means that the processor can’t raise their markup rates on your account. Rate locks are a great way to “lock in” low processor markups, but be sure to find a competitive low markup to lock.

Before You Hand Over Statements

I can’t stress this enough – get a quote in writing before you ever give a processing statement to a sales rep. They may tell you that it’s not possible to provide a quote without seeing your statement. This is not true.

Why should you keep that info to yourself at first? You want the best possible pricing the processor can offer – not simply a little lower than your current pricing. If the new processor knows what you’re currently paying, they can simply make sure to quote a little less rather than coming in with their best deal.

Think of it like a salary negotiation – you don’t go in to a job interview telling the company what you currently make. Don’t give your current pricing to a processor until they’ve given you their best quote.

Looking for an independent, accurate savings analysis with no manipulation? CardFellow can help. Fill out our free business profile to get baseline quotes from multiple processors (remember – always get quotes before handing over a statement!) and then contact us to do your analysis.

Related Article
3 Ways to Tell if You’re Paying Too Much for...
How to Use the CardFellow Code to Compare Processo...
Reading A Credit Card Processing Statement
FOUND THIS USEFUL? SHARE THIS!

How to Use the CardFellow Code to Compare Processors 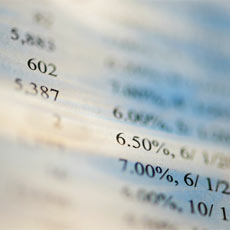