Many Processors will Profit from Durbin Fee Reductions

UPDATE: On June 29th the Federal Reserve’s Board of Governors issued final rulings on debit card interchange fees and recommended a $0.21 cap and an ad-valorem fee of 5bps (0.05%).

Check out our debit card charge calculator that shows signature and PIN debit charges before and after the Durbin Amendment.

CardFellow.com, a leading credit card processing comparison Website, is warning that for many ill-prepared merchants, would-be savings from lower debit interchange fees mandated by the recent Durbin Amendment will go straight into the pocket of their credit card processors.

Essentially, the Durbin Amendment regulates fees that card issuers and “payment card networks” may charge for debit card (signature debit or PIN debit) transactions and limits certain restrictions that payment card networks may impose on merchants. The proposed rules affect only card-issuing banks that receive interchange; the amendment makes no mention of payment processors and merchant acquirers that handle bank card processing for millions of merchants.

That means merchants currently processing under a tiered pricing model are not guaranteed to receive the savings from the proposed Durbin interchange cuts — unless they change to a processor that offers interchange plus pricing, according to Ben Dwyer, CEO of CardFellow.com. “If they don’t, any savings they would have seen as a result of Durbin will go to their processor,” Dwyer says.

Here’s why: In a merchant-processor relationship, it’s the processor’s contract that dictates the credit card processing fees the merchant pays — not the interchange rates to be impacted by Durbin. Under such an arrangement, the credit card processor can bundle individual interchange rates into three or more general pricing tiers called qualified, mid-qualified and non-qualified.

In doing so, credit card processors essentially filter the actual pricing system of interchange through a contrived bundled rate model. This system allows them to choose whether to pass any decrease in interchange costs, such as those that will result from Durbin, along to merchants or to keep the difference for themselves.

The proposed Durbin rules, set to take effect July 21, 2011, would cap debit interchange rates at a flat fee of $0.12 regardless of the transaction amount. Under this pricing, the interchange cost of our hypothetical $150 transaction would drop from $1.63 to only $0.12, but the rate the processor charges the merchant would remain the same. This would boost the processor’s profit after interchange from $1.11 to $2.62, a 236-percent increase.

Dwyer is encouraging merchants to take steps now to avoid this type of scenario. He urges: “Businesses should take a close look at their current processing statements. If they see the words qualified, mid-qualified, or non-qualified anywhere, they should act quickly and use CardFellow.com to get multiple bids from credit card processors based on interchange plus pricing — a pricing model that will allow them to reap the savings from the proposed Durbin rate cuts.”

In addition, Dwyer is advising merchants to examine the cancellation clause in their processor’s contract carefully to determine when and how they can terminate the agreement in preparation for obtaining a processor that offers less expensive, more transparent interchange plus pricing. It’s not uncommon for cancellation clauses to limit the window in which a contract can be cancelled, or to require advanced notice of cancellation — sometimes as much as four months. So merchants should start reviewing their credit card processor’s contract now to properly plan ahead. As a final word of advice, Dwyer adds: “If early termination fees and lengthy terms make cancelling an existing contract unfeasible, a merchant should attempt to renegotiate the pricing, rates and fees of the existing agreement.” 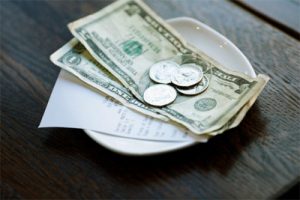 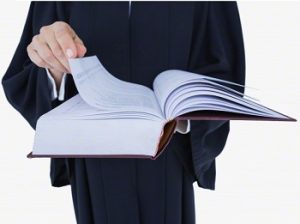