When looking for the best merchant services rates, most business owners mean that they want the lowest possible pricing to take credit cards. For lowest total cost, “rates” isn’t the full picture.

The worst thing you can do for your business is call a processor and ask, “What are your rates?” or choose a company based on their inclusion in a “best processing rates” table.

But that doesn’t mean we can’t show you how to find the most competitive pricing. In this article, we’ll discuss the role that “rates” play in the total cost, the factors that affect the rates you’ll receive, and how to get the best merchant services rates once and for all.

What does “rates” actually mean?

There are several things that are called “rates,” so it’s important to know which one you’re discussing with a processor. There are interchange rates, processor’s markup rates, qualified / non-qualified transaction rates, flat rates, and effective rates.

More often, the processor will discuss their own rates with you. That means the markup, or the money that they make from your transactions, which is separate from interchange rates.

If the processor uses tiered pricing, they’ll be discussing the tiered rates with you. Typically, they’ll tell you all about the “qualified” rate, spending little or no time explaining the more expensive “mid-qualified” or “non-qualified” rates. They’ll simply tell you that for some cards, you’ll pay the non-qualified rate. They’ll assure you that only a few cards, like rewards cards or business cards, will be considered non-qualified, but the truth is, the processor controls which cards are “non-qualified.” We’ll get into this in more detail later in this article.

If the processor uses interchange plus pricing, they’ll discuss their markup rate. This will be a fixed rate, typically a small percentage and a cents-based fee, that applies no matter what type of card you accept. For example, an interchange plus rate of 0.2% + 10 cents means the processor will charge you 0.2% of the total transaction amount and 10 cents for each transaction. That “rate” will apply on top of the interchange rates, which vary by card type.

Flat rates are what they sound like – a single fixed rate that doesn’t change based on the card you take. For example, popular flat rate company Square charges 2.75% for all swiped transactions on its basic pricing package. You’ll pay 2.75% on every transaction regardless of the card type.

The “effective rate” is the total amount you pay in processing fees divided by the amount of money processed. It’s not a rate that your processor (or anyone else) “sets.” If you’re trying to compare your total costs across multiple types of pricing, effective rate is the only real way to do that.

Unfortunately, it’s also not the “rate” that processors refer to when you call and ask about their rates. In some cases, that’s because the effective rate will vary depending on the interchange rates.

To help with that, CardFellow calculates and shows the estimated effective rate (along with the markup rates and any other rates) in all of the quotes you get through our system.

Which processor has the lowest rates?

Believe it or not, any processor could have the lowest rates or the most expensive rates. It all comes down to the specifics for your business. Factors like your industry, average transaction size, monthly volume, and how you accept cards all play a role in the best pricing possible for your business.

We’ve made it easy to find the best rates. Instead of providing a general table that may lead you in the wrong direction and cost you more, we’ve created a simple way for you to get the lowest pricing in a table tailored to your specific business. If you haven’t tried it yet, take 2 minutes to create a free account to easily compare pricing from any processor.

But aside from just showing you the best possible rates for your business, the rest of this article will explain how to evaluate for yourself.

The Right Pricing for Your Business

Recently, more businesses have been wondering about a type of pricing called “flat rate,” available from companies you’ve probably heard of, like Square, PayPal, and Stripe. With flat rate, the “rates” are the full cost, which makes it look simpler. However, flat rate is often not the cheapest credit card processing. Simplicity doesn’t automatically equal inexpensive.

Flat rate is a great option for businesses with low monthly volume or small average transactions. If you only take a few thousand dollars per month in cards, this type of pricing will get you the best merchant services rates. This is also the case for small transactions, like coffee or fast food orders.

However, if you accept more than a few thousand/month in cards, and your average transaction is larger than $10 or so, flat rate will not be the best you can do. Instead, you’ll want to look for competitive interchange plus pricing, and that’s where it’s important to know that “rates” aren’t the entirety of the cost.

Interchange (which goes to the banks that issue credit cards) is the same for every processor and is non-negotiable. There are many different interchange categories, but which ones apply is not in your (or your processor’s) control.

Assessments (which go the card companies like Visa and Mastercard) are also the same for every processor and are non-negotiable. Several assessments can apply to a single transaction, but again, that’s not in your or your processor’s control.

Processor’s markup is the only component that the processor can control, and it’s the component they’re talking about when they discuss rates. For flat rate pricing, the processor simply lumps all three components together and tells you the final “rate.” That’s why you’ll see things like 2.75% for Square’s basic pricing for swiped cards.

But there are two other, more common, pricing models: interchange plus and tiered. Let’s look at how “rates” factor in to those models.

We’ve written about the pitfalls of tiered pricing, and advise businesses to steer clear. With tiered pricing, the processor will lump various interchange categories into “tiers” and then give you a rate for that “tier.” It’s common to see “qualified” and “non-qualified” tiers. Typically, processors list assessments separately, so they aren’t included in your quoted rate.

Tiered “rates” often seem low, because the “rate” isn’t directly comparable to other rates. For example, a “qualified” rate might be 1.29%. If you were to look at that compared to Square’s 2.75%, you’d think the tiered rate is much lower. However, the Square rate is a final rate, with all interchange and assessments, while the “qualified” rate doesn’t include other fees you’ll incur.

Additionally, the “qualified” rate will only apply to some of your transactions. Which ones? That’s totally up to your processor.

Tiered pricing is opaque and easy for processors to manipulate, which makes it a poor choice for businesses that are looking to secure the best credit card processing. When you’re looking for low costs, you’re going to want either flat rate (if your business falls into the criteria noted above: small transactions or low monthly volume) or interchange plus.

On the other hand, interchange plus pricing is transparent and has the potential to help you secure the lowest credit card processing rates.

With interchange plus, the processor will pass the costs of interchange and assessments to you, and then charge a separate markup. That markup is what they’ll refer to when you ask about the “rates” for processing.

The lower your markup, the lower your total pricing will be on a true interchange plus pricing model. So the question is, “What’s a good interchange plus markup?” For a very rough rule of thumb, general low risk retailers could expect rates around 0.25% while online low risk businesses will likely pay a markup rate around 0.35%.

Keep in mind that rates vary depending on your industry, volume, how you take cards, and more. We tackle this question in depth in our article What’s a Good Interchange Plus Rate?

Where Effective Rate Comes In

Effective rate is not a rate that anyone sets. Instead, it’s the percentage you actually paid when all fees are accounted for. It’s calculated by dividing your total fees by the amount processed.

It’s possible to compare “final” rates across different pricing models if you can accurately calculate what’s the effective rate. However, a key warning is that some processors carry fees for one month’s processing across two or even three months, making it difficult to calculate the effective rate without careful statement review.

Many people that already accept credit cards and want to lower their fees make the mistake of comparing their effective rate with a processor’s “rates.” Unless you’re comparing to a flat rate solution, you’ll get inaccurate comparisons doing that. Another pitfall is comparing only some of the processor’s rates. Keep in mind that there are many different fees that comprise the processor’s markup. In order to accurately compare, you need to ensure you’re looking at all the fees.

CardFellow can help you easily compare your current pricing to real quotes to find the best processing solution for your needs.

In some cases, you may not want to choose the cheapest credit card processing. That could be the case if you’re looking for compatibility with specific processing equipment, prefer a local company, or want the simplicity of flat rate even though it’s more expensive.

However, many businesses simply want to take cards at the lowest possible rates.

You may read warnings that low rates come with poor customer service. That is not automatically the case. In fact, businesses that choose a processor through CardFellow receive both low rates and dedicated customer service. Not only do you have a representative at the processing company’s office, you also have CardFellow as an additional line of support.

Don’t have a CardFellow account yet? Get one now! It’s completely free and private. Fill out our 2-minute signup form to get started. 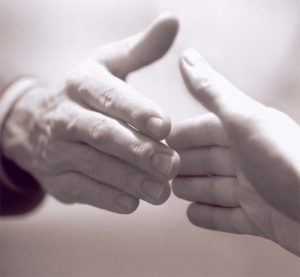